Scale the Wall – a vertical Battlefield

Inspired by something I saw on the internet I wanted to have an encounter on a vertical battlefield. I had no idea how that was going to work out, especially since we have a monk in the party that fosters a much less formal relationship with gravity than, say, the goliath paladin. But I wanted to find out.

I used pegboard because it makes attaching things easier. A piece of sheet metal, while heavier and requiring more in terms of tools and workshop capacity, could offer more flexibility when using magnets.

Since I had no idea how much vertical battlefield we would actually need I chose to use the pegboard in the dimensions that it came in. Cutting it down later would be a lot easier than extending it. I also wanted this proto-cliff to have a top the party could reach – or from where archers could give them a hard time.

For stability I used a couple of slats. Screwing into them through the pegboard holes seemes like the sensible thing to do here. Especially since the slats are going to cover some of the holes anyway. This gave the pegboard some much needed rigidity and also made it easy to add feet and supports (which is to say, more slats).

I wanted a way to attach things to the wall in a way that can take a literal hit or two but can be easily removed if need me. Ease of removal might not be the first thing you think about when designing stone outcroppings or wooden platforms. But in the encounter I had in mind while making this something was going to climb up that vertical battlefield. Something large.

I chose to use 3D printing to solve that problem. Traditional pegboard hangers are meant to stay in place unless you tilt them, which is not a good thing to do when minis might be involved. So after a few iterations I came up with an simpler solution (which you can soon find on Thingiverse). It offers the right mix of holding and releasing power.

If you do not have access to a 3D you can easily make this holder from a piece of plywood with some skewers in the right positions. Using a piece of pegboard and glue the skewers into the holes would be both easier and stronger.

I made this mainly for an encounter in the abyss, but there are many options to use it in more mundane settings. It could be a cliff wall underneath a heavily fortified castle and the easiest way to overcome its defenses – by comparison. Or the way leads up a serpentine – an interesting challange to build on the wall – but the group did not account for the goblin archers trying their hand at waylaying. I am sure this wall will come in handy in the future. Here are some more mechanical ideas that might help you get more out of your wall.

Terrain Ideas for the Vertical Battlefield

The ability to easily add and remove pieces to and from the wall allows for some interesting mechanics that are much harder to include on a flat battlemap. Platforms of any kind can give out or collapse, dropping those standing on them.

This could be plain mechanical failure when the beefy dwarf fighter lands on a flimsy piece of outcropping, based on the rock’s “strength save”. It could be intentional in terms of a trap that makes the platform fold down the second someone heavier than your average kobold steps on it. Conversely, the rogue might knock out the supports underneath a group of orc archers.

And combatants is not where dropping things stops. Whether something comes down accidentally or on purpose, it’ll potentially damage anything underneath, taking more structures out on the vertical battlefield or forcing characters to make a desperate leap for safety.

One thing I would recommend, and did, is to consider the worst case. That includes having falling damage on hand (in 5e: 1d6 per 2 squaresm 20d6 max), but also thinking about ways to avoid falling even if the ground beneath your feet choses to take a leap.

There might be handholds or leftover structures that could allow a character to catch themselves. There may be ropes or chains present as support structures or from cranes. You should have at least one proverbial safety net (or an actual one?) for the characters as well as their opponents. And who would not want to swing on a rope into a group of critter?

There are some technical things that I have considered but chose not to do on this vertical battlefield. Foremost would be to make it wider by adding sections to the side using hinges. That way, you could realize corners, and have interactions between the different sides of the wall. The downside is more stuff to put on your table as well as a potential lack of visibility.

To do that, I would probably go the route of designing 3D printed hinges that lock into the pegboard. But like above, some plywood and skewers might do the trick as well.

Same goes for fold-down platforms. Such a design would be worth it if you plan to have such encounters on a regular basis, like going down a really large mining complex. But you can easily substitute that with a simple platform that you remove and replace whenever it folds down and up again.

If you want to know more about my actual plan for this, I will go into that in another post – and also share a rough paper model I made for it (spoiler alert: something’s gonna climb!). Make sure to subscribe to my email list through the form below so you don’t miss it!

Until then, have a look at my paper crafts and the other inspiration articles around here. Thanks for checking this out, and as always, remember to Be Inspired! 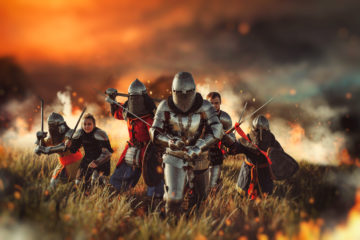 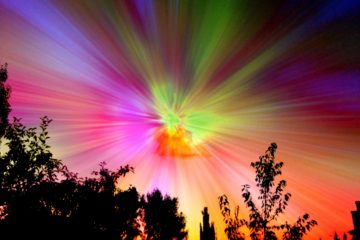 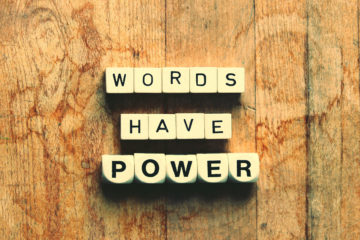