Jelly beans are a common treat, known and cherished in all the realms. They are simple enough to make. That probably explains their widespread acclaim, right?

Wrong. Not so long ago, there was an uprising known by a select few as the Jelly Bean Queen’s Sweet Scheme. If this is news to you, you are among those who have forgotten. Many of the kingdoms chose to eradicate the event from their histories, and some even employed strong magic to hide the blemishes of the cataclysmic events and help the natural forgetfulness of their people along. But some items remain, vestiges of a sweeter time filled with tasty terror and bouncing horror. These are the…

I can only hope you read that in the appropriate, over the top 80s TV intro narrator voice. Which is the best voice to use when discussing the Jelly Bean Queen’s Sweet Scheme, anyway. Admittedly, this whole set of magic items is based on a rather mediocre attempt at word wrangling. But rest assured, it will roll off the tongue after a couple of days.

If you find these items interesting please let me know! I would love to hear your feedback, both about what you liked and what I should do better! Also, would you like to know more about the Jelly Bean Queen? Thank you!

Warhammer +1, rare
Rumor has it these two-handed hammers were crafted from primordial jelly beans. They appear similar to standard warhammers made from iron, but have the bouncy consistency of a jelly bean. Originally, the front line warriors of the Jelly Bean Queen wielded them in battle.
Bouncy. When it hits a target it deals no damage but instead bounces back. When the rebound hits a target it deals 2d10 bludgeoning damage and bounces again. If that bounce hits another target, it deals 3d10 bludgeoning damage. It still bounces, but that bounce is too unpredictable to hit another target. Also, this only applies to targets in melee range and also makes it impossible to used the hammer one-handed. It also deals the appropriate damage to surfaces it bounces off of.
Take Aim. A wielder who can attack more than once per round can sacrifice their extra attacks to make a single, more carefully planned attack. They take in their surroundings and make an Intelligence check (DC 5). For every 5 points they exceed the DC, they find a way to let the hammer hit another target, dealing no damage on the first, then 2d10 damage on the second hit, and an additional 1d10 damage per additional bounce.

Wonderous Item, very rare
This tiny drawstring bag made of thin yellow leather is full of jelly beans and never runs out. These were handed out to the Jelly Queen’s Keen, promising individuals that served as her emissaries. The bag offers a number of random flavors that are all common and tasty. It refills over time, but only when closed. Thus it can be emptied to “prove” that it is ordinary if need be.
Tasty. The beans from this bag taste great, offering a freshness to their flavor that ordinary beans lack.
There are two curses on this item. One as part of the item’s intended use, the other as an effect of the Jelly Bean Queen’s fall.
Cursed with Taste. Everyone who has eaten a bean will remember its special taste, and will subtly try to get others to try one as well.
Cursed with Longing. After consuming a second bean, and for every bean thereafter, a wisdom save is required with a DC of 10 + 3 per bean consumed. On a save, the bean tastes normal, which is still better than ordinary. On a fail, the bean explodes with flavor, and the character is enthralled by the Jelly Bean Queen. They know that she bides her time, and that spreading these beans will help gain her favor. The mere thought of not promoting the never-ending bag causes a bitter taste in their mouth. Nightmares about her terrible power ensue whenever they fail to give out at least one bean from the bag during the day.

Sling +2, very rare
This sling is made from a single piece of sugary material, worked both into a sturdy, smooth handle and an elastic, string-like rubber basket that fits jelly beans. It will not accept any other ammunition than jelly beans.
Charming Taste. If a jelly bean shot with the Jelly Bean Sling lands in any creature’s mouth without touching another surface first, it will taste extraordinary and have its original flavor amplified. The target must roll a Wisdom saving throw (DC 15). On a fail, they are charmed by the wielder of the sling. This effect lasts for 1 minute or until the target takes any kind of damage.
Cursed. Beans that fall to the ground and are consumed will taste bland with a tinge of bile. They cause nightmares featuring armies of jelly bean warriors and the laughter of the Jelly Bean Queen herself, as well as the conviction that she now knows their name. Anyone afflicted by this curse knows that offering beans that fell to the ground to others is one way to earn the Queen’s mercy.

Wonderous Item, legendary
This bean appears to be made of amber, and has an orange glow emanating from it. It comes in a small, intricately made golden box, resting in blue velvet. Both the bean and the box are slightly bouncy. When placed on a willing creature’s forehead, the bean will start to hover in position and grant the following boons:

Cursed. While wearing the bean, the wearer needs to ingest at least one jelly bean per day or gain a level of exhaustion that can only be removed by eating 10 jelly beans at once.
Taking the bean off is only possible while the user has at least 3 jelly beans in their mouth. If the bean was worn for more than one day, the former wearer will be plagued by nightmares of the deserted court of the jelly bean queen, seeing her majesty dormant on her throne, knowing that she could awake at any moment, bringing nothing but terror and delicious destruction. These nightmares never quite go away.

Scale Mail +2, legendary
The Queen’s Screen was the most elite troupe of warriors and her personal protectors. They were always by her side or leading the charge on a battlefield where she was present. They were nimble and dangerous, but also inconspicuous when they wanted to be.
This scale mail consists of what resembes colorful sugar shards, connected with flexible rings of jelly-bean-like material. When attuned, the armor provides resistance to bludgeoning and force damage. Once per short rest, the armor can make the wearer bouncy like a jelly bean and negate the damage dealt by a single physical attack. If the attacker is in melee range, the armor will reflect the damage back on them. The wearer can choose to activate this power after knowing an attack hits but before they learn the damage dealt.
Cursed. The first hit while wearing the armor triggers flashes of memories for the wearer. They see large battlefields with the Jelly Bean Queen directing her armies, fighters clashing under brooding dark skies. They also know that the Queen has not been defeated, and that they should seek to serve her if she came back.
Once used, the Screen mail can only be removed when the wearer suffers a sugar high from eating too many jelly beans.

Wonderous Item, Artifact
The crown appears as a ring of differently sized jelly beans in red, orange and yellow. Most of them have the appearance of rare gems but feel like actual jelly beans. They are fused near the bottom as if they were melted together. The crown stretches slightly to fit on the head of any being putting it on, exerting just a small amount of pressure that is nevertheless hard to ignore.
Wearing the crown allows the user to conjure up any taste and force everyone within 60 feet to taste it if they are able to. It only works for flavors that are somewhat reasonable for jelly beans.
Cursed. Whoever willingly puts on the crown is possessed by the Jelly Bean Queen. She will not exert any influence but be present in their mind, watching and biding her time. A successful Wisdom check (DC 17) can reveal her presence to the wearer. While undetected, she can nudge the wearer subtly towards decisions that she deems favorable. She can also chose to speak to the wearer at any time, thus revealing her presence.
In addition, she has the ability to seize control if she deems it worth the risk. This gives the target a Charisma saving throw (DC 18). On a fail, the Jelly Bean Queen takes over and controls their actions. The save can be repeated every round.
Taking the crown off requires simultaneously ingesting at least 10 jelly beans without chewing them. Having worn the crown for any length of time makes the wearer subject to the Jelly Bean Queen’s influence while they dream.

Thank you for checking this out. If you found it interesting let me know and check out my other stuff here and on itch.io!

And remember to Be Inspired! 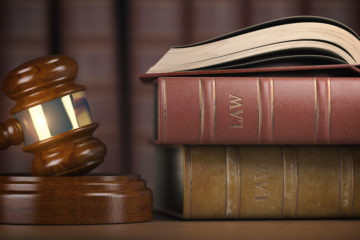 When it comes to killing a god, all bets are off, right? While that might be the case for your particular “deicide”, I wanted to lay down some ground rules to put things in perspective. Read more… 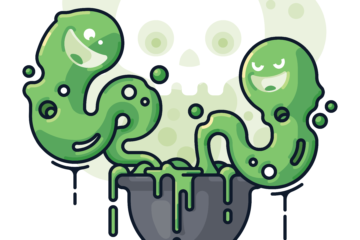 Everyone enjoys a good brew. Most people think about a good mead or ale on a late night in the tavern with friends, but more discerning folk knows that the best brews come in small Read more… 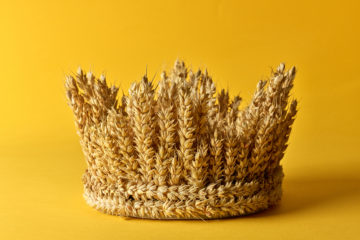 Acriculture has been around for ages. Nobody alive today even remembers anyone who lived during a time when there was no goddess of agriculture to pray to for good weather and bountiful harvests. It is Read more…